It appears that your cart is currently empty!

The best vegan shoe brands out there

It took some time for good vegan shoe alternatives to arise but now they’re here and we can’t imagine a good excuse for not converting to them. There are plenty of options and here you have the best compared.

What is a Vegan shoe?

Before we start this article and lining up the best vegan shoe brands out there, it is quite important to explain what is it, specially when we see a lot of people asking us if vegan shoes are for eating. It’s not, by the way.

So, a Vegan shoe is a shoe made out materials exclusively from non-animal products, including not only suede, leather, wool, but also any other components such as animal based glues, which is very widely used today.

So why are we talking about Vegan shoes here? The main reason is animal suffering. The second, and not least important is the impact on the environment. It has been proven that using animal products in the production of apparel and footwear has a significant impact in terms of CO2 emissions and water consumption due to the huge amount of resources needed to raise livestock. 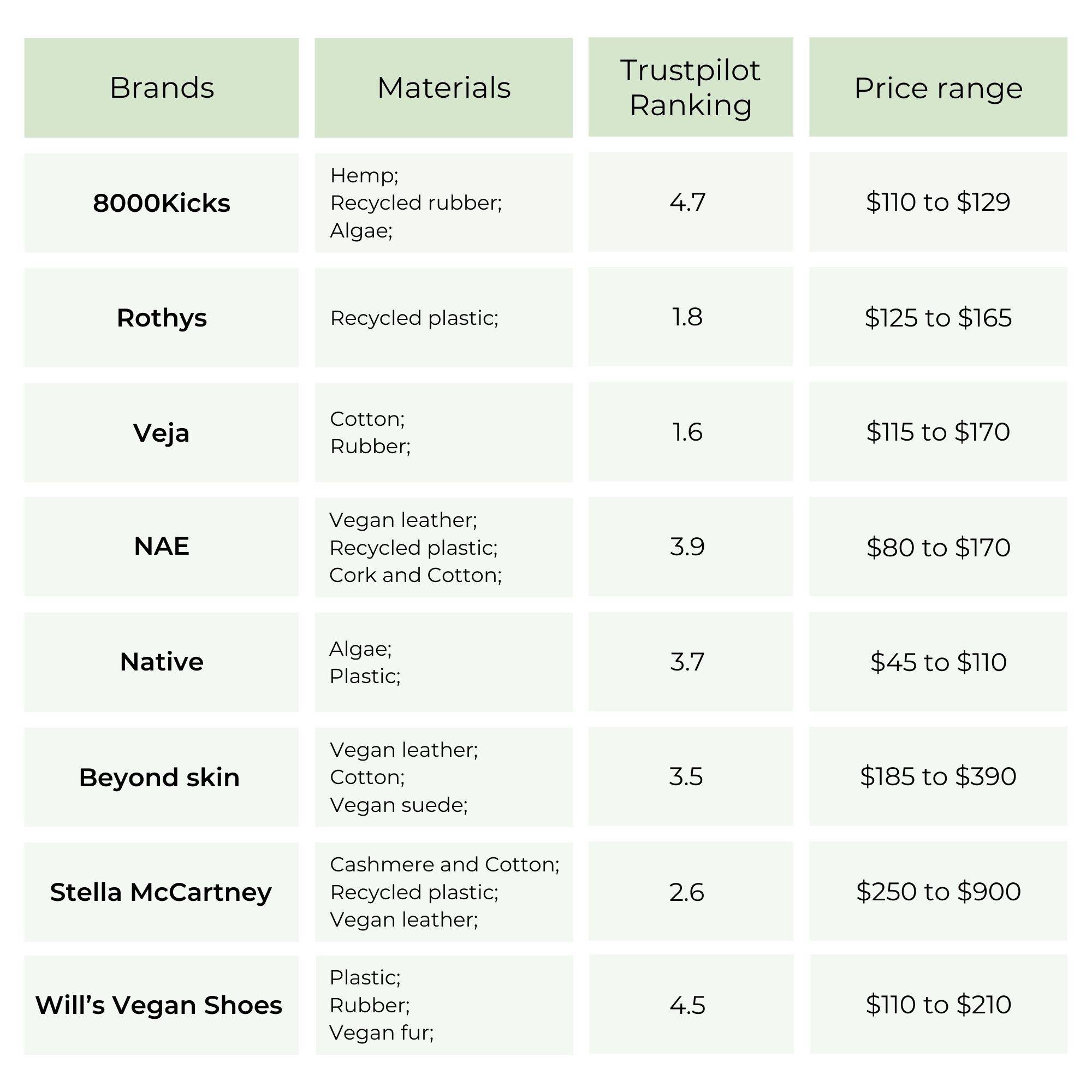 Bernardo, the co-founder, moved back to Portugal in 2017 to start a new project, but he didn’t know exactly what. One night, after a few beers with the boys, someone came up with the idea of making a shoe for smoking. It was an awful idea, or maybe not. Bernardo decided to give it a shot since he had seen some bags and wallets made of cannabis before. He asked the most unlikely person for help: Otilia, his grandmother, with over 50 years’ experience in textiles. Together, they spent over 1 year actively working with suppliers from around the world until what is now the World’s 1st waterproof hemp shoe.

The project was a huge success and raised over 250k on kickstarter on the first year. In the second year, they sold out 3 times.

The reality is that 8000Kicks is a big evolution within the plant based shoe category, not only because it’s upper is made of hemp but also because it has the world’s 1st hemp insoles, and it even has outsoles made of harmful algae plastic collected from algal blooms. The packaging is also plant based, recycled cardboard and corn starch. And as if this ecological power wasn’t enough, they are also waterproof.

The brand has achieved immense success as they are disrupting the vegan shoe category with superior features than normal non-vegan shoes don’t have. For that reason, they make the top of our list. 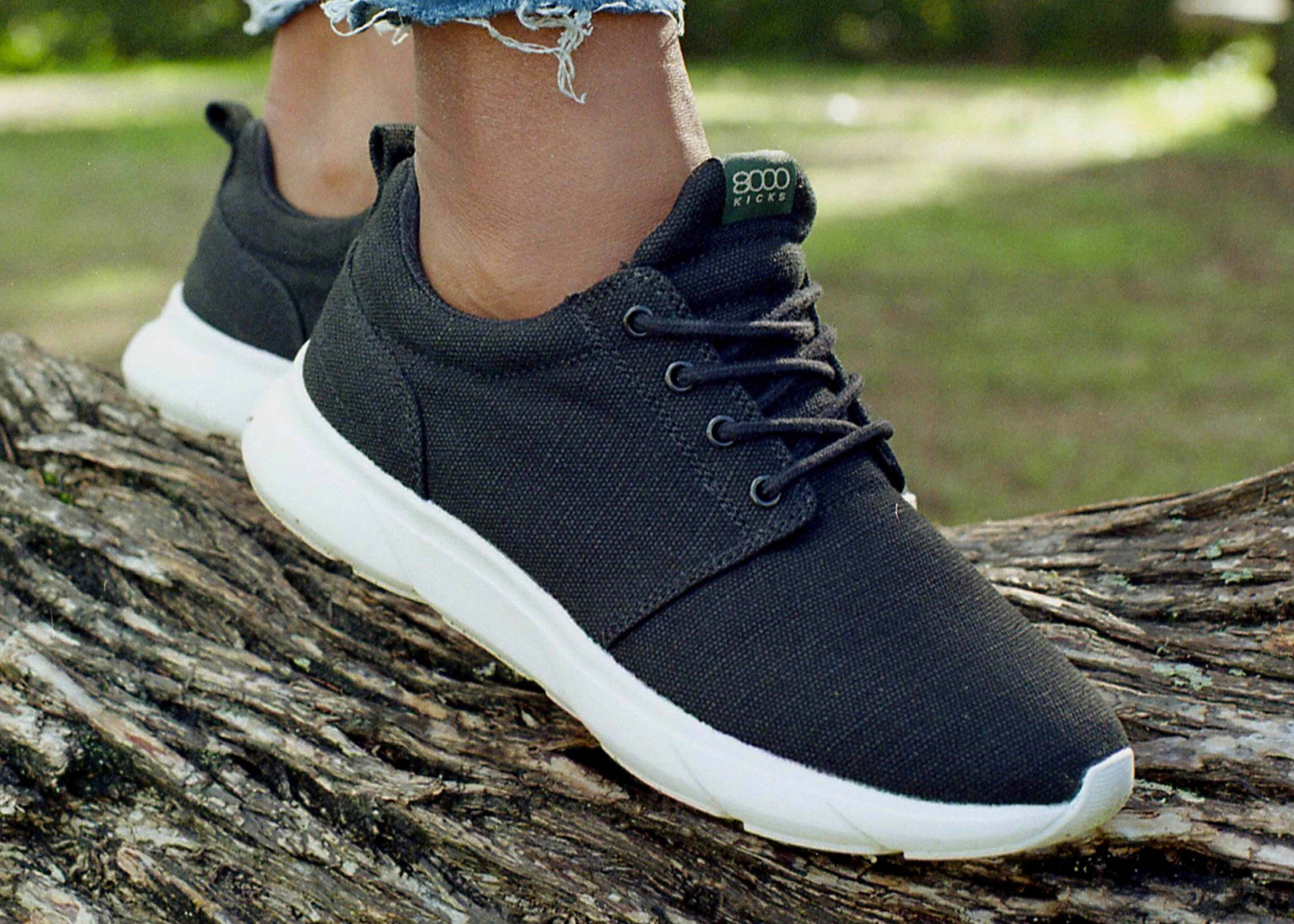 There are no animals involved in the production of Rothys shoes and there are no plants either. They are well known for its flat women’s shoes made out of recycled PET plastic, which they transform into polyester and their famous knit fabric patterns.

Rothy’s grew pretty fast as the accessory du jour for fashionistas around the world who want to not only look but also respect the environment.

According to them, they’ve recycled over 20 million plastic bottles to create fashionable footwear for women. Recently they have expanded their product lines, including accessories and men’s shoes. However, please note that not all Rothy’s products are vegan as they have recently added new products with merino wool. 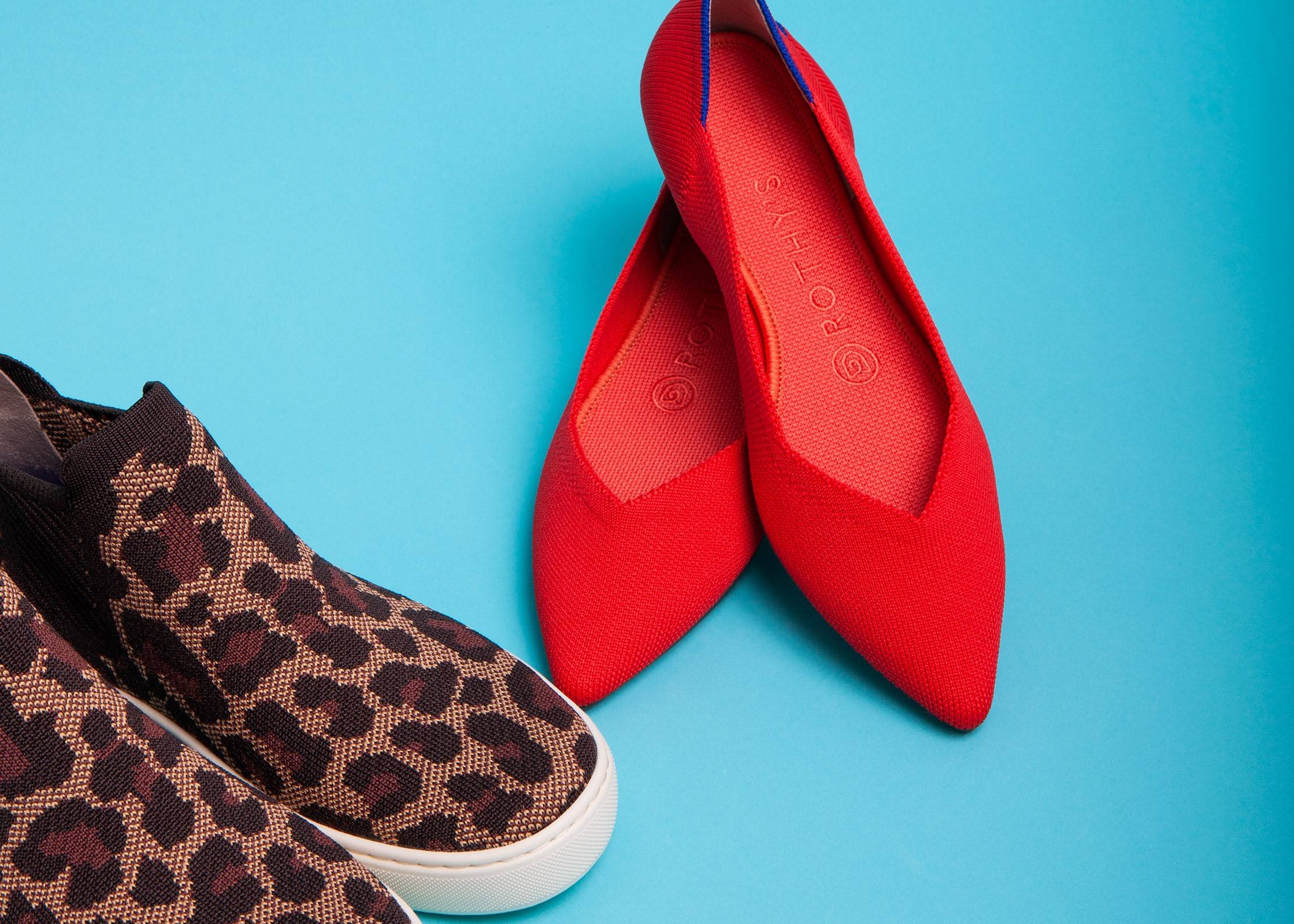 Some of its most famous fans include the likes of Meghan Markle, Reese Witherspoon, Katie Holmes, and Emma Watson.

When the high-end vegan brand CAMPO started to make sneakers, they decided their plant-based sneakers needed a new brand. Veja shoes are made with genuine corn leather which took them 5 years to research and develop.

The best sellers come in a white design with the iconic "V" logo stitched on the side, which is available in every color from basic black to neon yellow. Veja, was one of the first sustainable sneaker brand in the world, making way for other popular kicks like Allbirds. There's no denying that the French footwear brand that sells over two million pairs of sneakers per year—has achieved a big growth explosion in the recent years.

Nonetheless, as stylish as it may be, when it comes down to it, leather will never be the most comfortable material for a pair of shoes. Even the world's highest quality leather couldn't compete with the worn-in comfort of canvas or cotton. Veja offer great support and a well-cushioned footbed, but they're lacking in flexibility and freedom of movement due to the somewhat stiff leather exterior. 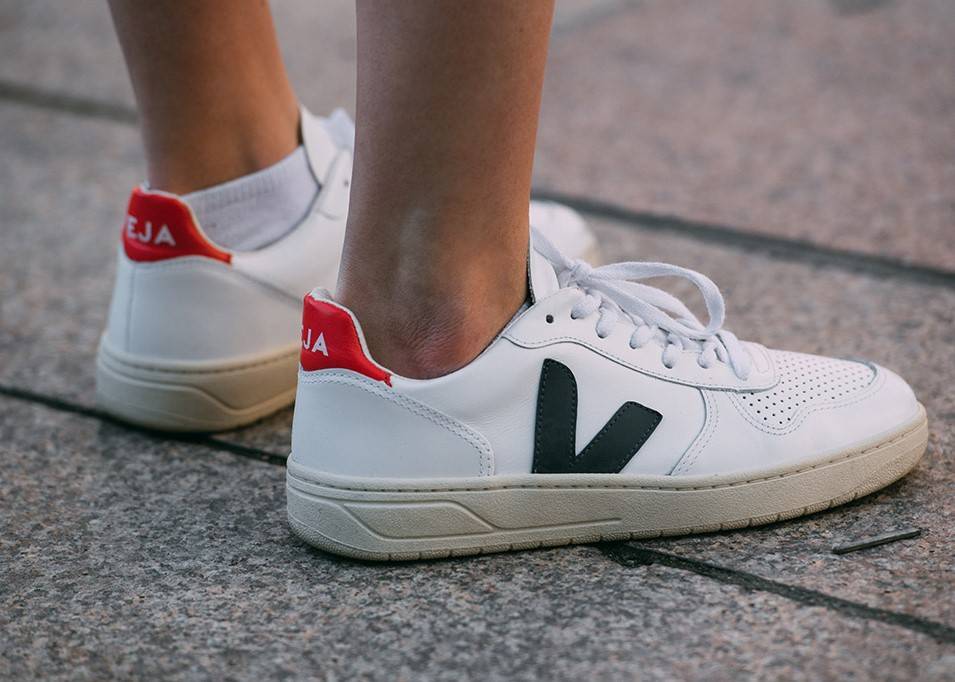 Nae Vegan stands for "No Animal Exploitation" and they are a Portuguese vegan footwear brand that aims to provide animal-friendly shoes, being an ethical and totally environmentally friendly brand.


Their shoes contain materials made from cork, pineapple and other recycled materials like airbag, plastic bottles and synthetic materials such as microfibers which are natural, breathable and totally unique!
They have a lot of unisex shoes including loafers, brogues, dress shoes and trainers, which are all super unique and ethical.

As for the comfort and fit, customers online have stated that it fits true to size, but it might be slightly too snugly around the feet. When this article was written they were shipping internationally from Portugal, which might be a bit annoying to customers in USA or CANADA, especially if they need exchanges. 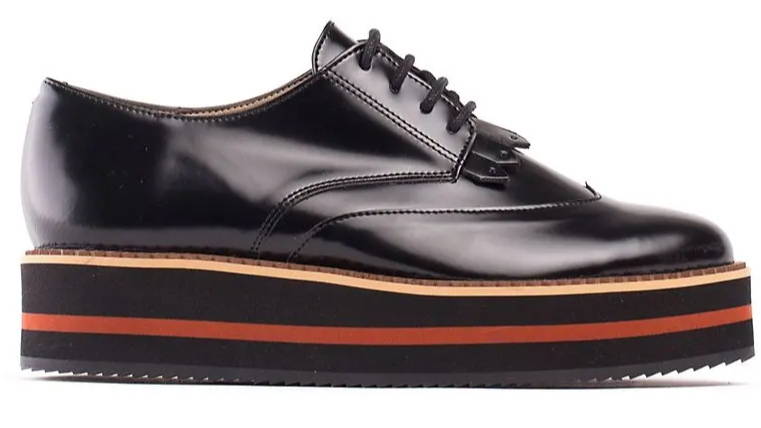 NATIVE SHOES started way back in 2007 when some crazy Canadians went snowboarding together in Canada. It was on that trip that NATIVE SHOES founder Damien van Zyll de Jong first voiced his idea to start a footwear brand. Two years later Native Shoes was born in Vancouver.

The first versions of Native Shoes were made from EVA and were wildly successful. The company has continued to innovate and is an acknowledged powerhouse in the sustainable and vegan footwear world.
When it comes to sustainability, almost all of NATIVE SHOE’s models are made with synthetic materials used in their shoe production are, such as phthalate-free and BPA-free, not containing any and don’t contain formaldehyde.

They use 100% recycled materials for their packaging and implement an efficient manufacturing process that produces little to no waste. 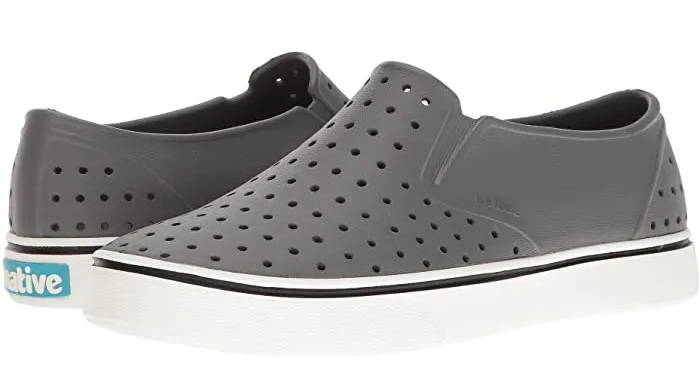 Stella McCartney started out as a vegan from a very young age, obviously inspired by her super famous parents, including Paul McCartney, the former Beatle. As an adult, Stella McCartney continues to adopt sustainable and ethical practices, being a super influential proponent of the vegan lifestyle.

Her boutique fashion label can kit you out in everything from evening shoes to office wear.
It’s all vegan leather and recycled and/or recyclable materials in action. Be warned though, they’re not cheap. This is top of the line when it comes to vegan sneakers. 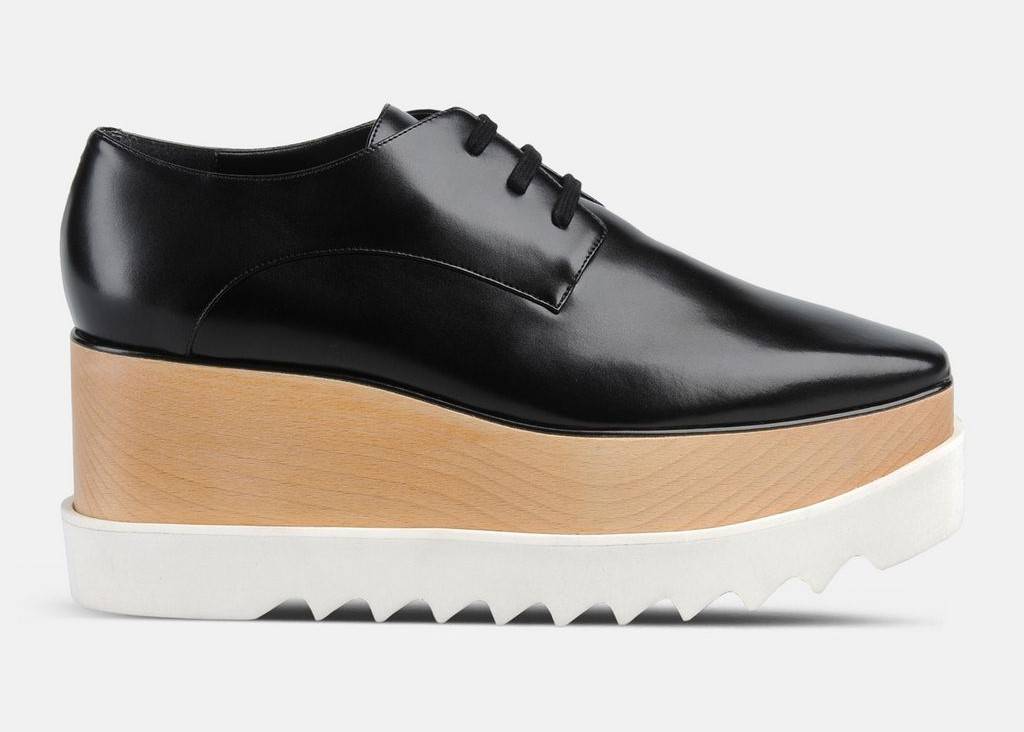 Will’s Vegan Shoes (WVS) started up in 2012 offering everyday shoes suitable for work and leisure. In 2018, it created and launched a hiking boot – the WVSport Waterproof Hiking Boots, probably one of his best sellers so far, which includes a Vibram sole.

Will’s Vegan Shoes have a good value for money, and we like the fact that they’ve managed to become completely carbon neutral. Everything they sell is assured by the Vegan Society which is a nice.

Overall, Will’s Vegan shoes use mostly synthetic and ecological materials: one disadvantage that some customers mentioned is the fact that uppers are slightly discolored after first wash. 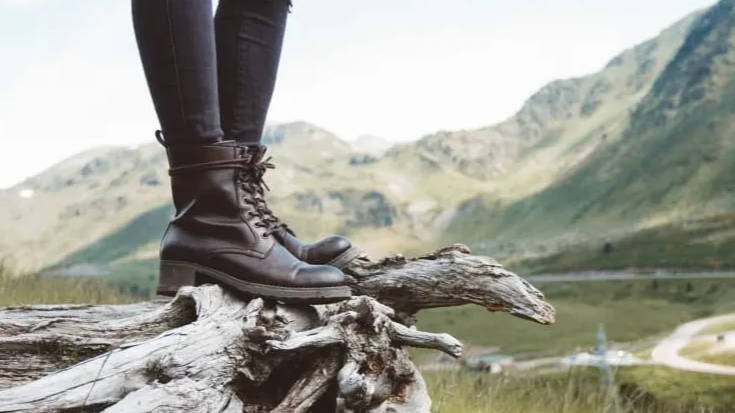 Each option above is different, some are more plant based focused, like, others are focused in recycled plastic and vegan leather alternatives. Then you have expensive options for fashionistas, like Stella McCartney, and other ones that are more affordable and focus on comfort, like 8000Kicks again.

So, we understand what made you google for the best vegan shoe brands. It took some time for good vegan shoe alternatives to arise but now they’re here and we can’t imagine a good excuse for not converting to them.

Changing from leather, wool and fur is one of the steps to start living your life in better harmony with nature and the universe at large without compromising your feet’s comfort with these superb brands.